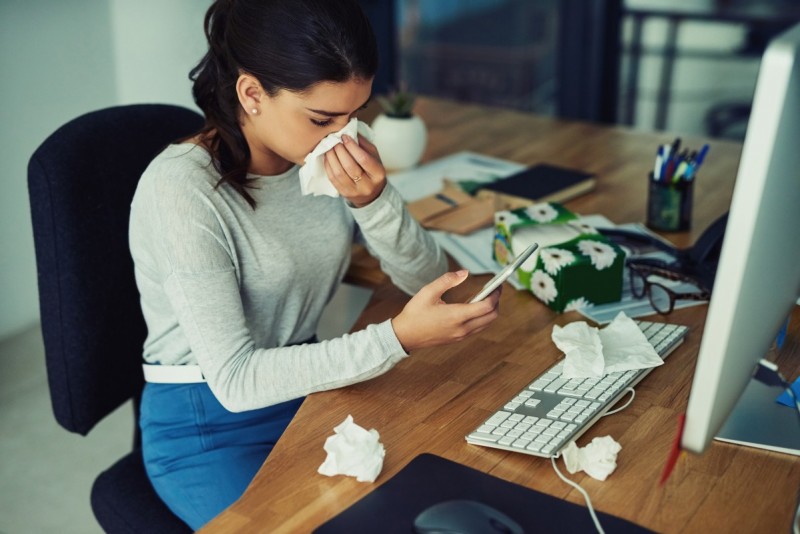 University of Maryland, College Park, officials are disinfecting every residence hall after a deadly viral outbreak on campus. Some have questioned whether the problem stems from persistent mold issues.

A viral outbreak at the University of Maryland, College Park, campus that resulted in the death of a student has prompted university officials to disinfect every residence hall while most students are away for winter break, a laborious effort far beyond a typical cleaning.

This deep clean, which began Monday, coincides with questions of whether mold either caused or exacerbated student illnesses, though the university said that there is no connection between the adenovirus and mold exposure.

Administrators have confirmed at least 40 cases of adenovirus with campus health professionals or outside physicians as of Tuesday.

Adenoviruses are prevalent year-round and usually are the cause of common colds. But tests conducted by the U.S. Centers for Disease Control and Prevention show at least 10 College Park students contracted a strain, adenovirus 7, that causes much more severe sickness. University health centers typically don’t test for adenovirus because it is so common, and College Park officials weren’t aware that the virulent strain was spreading until a student died in November.

Olivia Paregol, 18, died from pneumonia, an adenovirus-related illness. Paregol, a first-year student, lived in Elkton Hall, where mold was so severe that students were forced to evacuate to hotels this fall. The death of Paregol, who suffered from Crohn’s disease and a compromised immune system, led to concerns about whether the mold was to blame.

University officials said students who live off campus have contracted adenovirus and that the CDC told them that “it is not aware of evidence to suggest an increased risk of adenovirus infection associated with exposure to molds,” university spokeswoman Katie Lawson said in an email. David McBride, the university’s health center director, told The Washington Post that the institution hadn’t been able to pin down a pattern of who has contracted the virus, but there wasn’t a “consistent connection” between students who lived in Elkton and those with adenovirus. Students there had contracted the virus, but cases were also scattered in residence halls across campus. (A CDC representative confirmed to Inside Higher Ed on Jan. 14 that adenovirus is not associated with mold.)

One student was hospitalized from an infection in December, according to a university statement. At least eight students had been admitted to the hospital at some point due to the virus.

Most people who contract adenovirus are unaware they have it and simply get better, Deichen said. But he said the type of outbreak that occurred at College Park tends to be more common in nursing homes, where residents live in closer quarters and typically aren’t as healthy as undergraduates. He said he was unaware of another campus that experienced an outbreak like the one at College Park.

At least 11 children with weakened immune systems and other medical issues have died in connection with adenovirus outbreak at the Wanaque Center for Nursing and Rehabilitation in New Jersey as of November, and 23 other children at the center became sick.

Deichen urged campuses to follow “non-pharmaceutical methods” — actions students and staffers can take in lieu of a vaccine — to lower their chances of catching the virus. Among them: consistent hand-washing, covering coughs and cleaning their rooms. The College Park provost has advised faculty members at least twice to accommodate students who have been sick to make sure they’re not coming into the classroom and infecting others.

Contractors or university workers are entering almost every residential room on campus to disinfect anything that is frequently touched, such as doorknobs, desk and dresser tops, drawer fronts, countertops, light switches, faucets, and bed frames. This usually happens during the academic break in the public areas of residence halls, but the university escalated its efforts in an attempt to eradicate the virus.

The university first received word from a local hospital about a student being infected in November. Around that time, officials had started their usual campaign around cold and flu season for prevention methods. Once the outbreak was more visible, they began working with Maryland’s Department of Health and the Prince George’s County Health Department. Those agencies also contacted the CDC to confirm that mold wasn’t causing the virus, and were provided documents to that effect, which they shared with College Park officials. But those papers haven’t been made public.

College Park also plans to improve air-conditioning and ventilation in Elkton and another residence hall to fix the mold problem. An investigation of the two buildings found that the air-conditioning system wasn’t equipped to control humidity inside, a problem compounded by a season of extreme temperatures.

Outbreaks of other serious illnesses on campus are not unusual, particularly meningitis. Campuses in the eastern U.S. recently have experienced outbreaks of hand, foot and mouth disease, which causes fever, sore throat and a rash. Johns Hopkins University had at least 120 cases of the viral infection in October, and Lehigh University reported more than 100.